For their exceptional volunteer service to communities in Rhode Island and beyond which have benefitted tremendously from their knowledge, guidance, and concern for a span of coastal issues, a cadre of University of Rhode Island (URI) colleagues are the recipients of 2022 Distinguished Fellow Awards, the most prestigious honor bestowed by the University of Rhode Island (URI) Coastal Institute (CI). Recipients of the 2022 awards are Peter August, Arthur Gold, John King, Candance Oviatt, and Charles Roman.

“The Coastal Institute takes a broad view of coastal systems and embraces the concept that people, culture, and society are an integral part of the landscape,” said CI Director Judith Swift. “Each of our award-winning scientists have committedly volunteered throughout their lives, whether as researchers, mentors, professors, stewards, and dedicated professionals in support of the coastal zone. Their fields vary, but they share something in common. They have served the CI in the shaping of its mission, in the meeting of its goals, and in serving as ever-accessible advisors to its director and staff.”

The award recipients represent a span of coastal, ocean, and environmental areas and volunteer achievements: 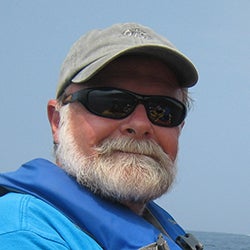 Peter V. August: A Professor Emeritus of the URI College of the Environment and Life Sciences, Dr. August’s research and outreach focuses on using Geographic Information System (GIS) technology on the analysis and conservation of natural resources in coastal environments. He is particularly interested in using GIS to model and map lands most important for conservation. The first CI Director, he now leads the Climate Response Demonstration Site at Napatree Point in Watch Hill, RI, an effort focused on stewardship of a natural area ecosystem and the application of science-informed outreach for preservation of such sites. He has also served the CI as a voluntary member of the CI advisory group.

“This prestigious award celebrates the nexus of science, society, and management of coastal ecosystems. To be considered in the same league as the other Distinguished Fellows – Barnes, Oviatt, Roman, Gold, and King – is a true honor, but very humbling. They are pioneers in coastal science and management,” said August. “Our work on the Napatree Point Climate Response Demonstration Site is a collaboration with many partners and I am pleased to see the efforts of the whole team acknowledged with this award.” 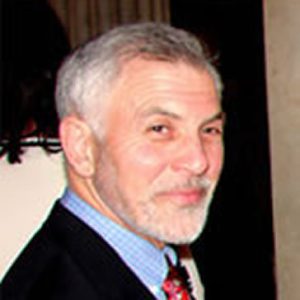 Arthur J. Gold: A Professor Emeritus of the URI College of the Environment and Life Sciences, Dr. Gold’s research addresses the effects of land use and natural features on water quality, with particular focus on sources and sinks of nitrogen in mixed-use watersheds. He is partnering with the Roger Williams Park Climate Response Demonstration Site in response to the inflow of contaminated fresh water to its ponds and outflow to the Pawtuxet River. As Dr. Gold’s work has helped demonstrate, for diverse, multi-generational communities from all reaches of Providence, the park also serves as a coastal metaphor: freedom from the urban heat island. Dr. Gold has also served the CI as an associate director of the CI advisory group.

“I loved working with the Coastal Institute,” said Gold. “It celebrated innovation, broke down academic barriers and empowered faculty to turn their ideas into realities. The Coastal Institute – through our National Science Foundation (NSF) Integrative Graduate Education and Research Traineeship (IGERT) program grant – provided me with the opportunity to work closely with more than 20 Ph.D. students from diverse academic backgrounds – and engage with them and other CI colleagues to build a new type of educational structure.” 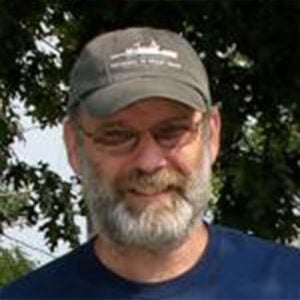 John W. King: A Professor Emeritus of the URI Graduate School of Oceanography, Dr. King is a geological oceanographer who has done extensive work in estuaries and coastal lagoons. His research interests are pollution, habitat, eco-risk, and paleo-environmental studies in coastal areas. John has steadfastly served the CI, serving as the Chair of the Narragansett Bay Estuary Program’s Science Advisory Committee as it worked to produce a milestone report, “The State of Narragansett Bay and Its Watershed.” Dr. King has also served the CI as an associate director of the CI advisory group.

“Trying to communicate the severity of climate change impacts on coastal environments to the general public has been challenging but rewarding,” said King. ”The problem can only be addressed by correctly identifying  the range of partial solutions and then convincing individuals and small groups that they can play a role in achieving some of them.” 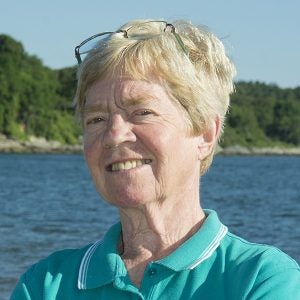 Candace A. Oviatt: A Professor Emerita of the URI Graduate School of Oceanography, Dr. Oviatt has decades of experience in coastal ecology with research focused on whole systems and experimental marine ecosystems, examining nutrient, carbon cycling, and benthic-water column interactions. Her recent interests include the impact of climate trends on estuarine ecosystems and changes in production with changes in nutrient loadings. Dr. Oviatt has also served the CI as a consistent source of wisdom for the CI advisory group. In addition to her data-based decision-making, which is of great value to Narragansett Bay and its watershed, she is an inspiration to women in science.

In the community, she is well-regarded for her skills with horses and for her care of them.

“Think how hydrocarbon and metal pollution, eutrophication and hypoxia, beaches chronically contaminated and closed by bacteria, are no longer problems in upper Bay waters. Our studies contributed to those successes,” said Oviatt. “Students are now facing a whole new raft of challenges, including emerging contaminants, plastics, and sea level rise. Based on our past record, I have some hope that those problems will also be solved as current generation scientists, managers and society, start to focus on them.” 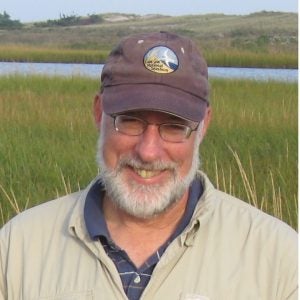 Charles T. Roman: As a retired National Park Service Research Coordinator and adjunct professor with both the URI Graduate School of Oceanography and the URI College of Environment and Life Sciences, Dr. Roman is an estuarine and salt marsh ecologist, with a focus on salt marsh restoration, nutrient enrichment, and long-term ecosystem monitoring. In recent decades, his research program has focused on National Park and Wildlife Refuges throughout the northeast, with a goal of providing good science to support natural resource management decisions. Dr. Roman has provided substantial writing support to the CI and served as an editor for the Narragansett Bay Estuary Program’s “The State of Narragansett Bay and Its Watershed,” as well as for several plans and reports for the Mixed-Use Climate Response Demonstration Site. Dr. Roman has also served the CI as an associate director of the CI advisory group.

“After a career of over 30 years working as a coastal scientist for the US National Park Service, I am now enjoying the opportunity to share my knowledge and collaborate with URI colleagues on projects in Rhode Island that are focused on coastal issues,” said Roman. “I’m honored to be affiliated with the Coastal Institute — the perfect place for a scientist interested in applying science to find solutions to coastal problems.”

The recipients of the URI Coastal Institute 2022 Distinguished Fellow Award will be honored at a ceremony later this spring. “Through the provision of these awards, we are all reminded of the importance that applied science and community use of science plays in our lives, and the special role that leaders, such as our awardees, represent in ensuring this interaction take place,” said Swift.

The mission of the Coastal Institute is to advance knowledge and develop solutions to environmental problems in coastal ecosystems. The Institute takes a broad view of coastal systems and embraces the concept that people, culture, and society are an integral part of the landscape.